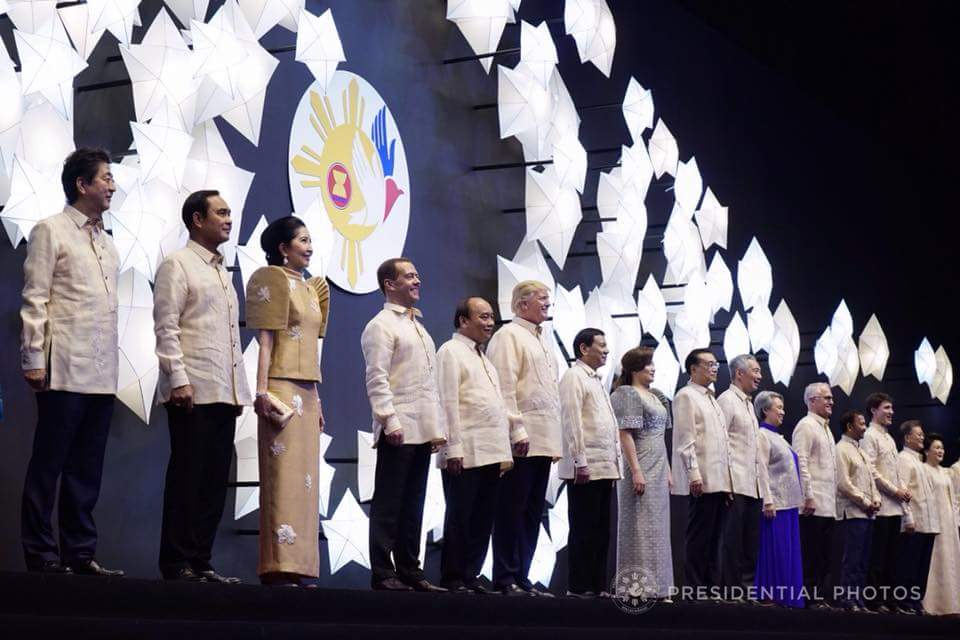 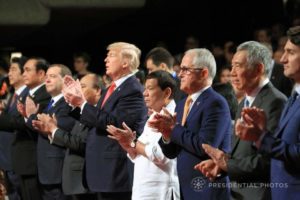 MANILA: President Rodrigo Roa Duterte, together with his counterparts from the Association of Southeast Asian Nations (ASEAN) member states and dialogue partners, formally opens the 31st ASEAN Summit and Related Summits at the Cultural Center of the Philippines (CCP) in Pasay City on November 13, 2017.

Duterte began his speech with mention of the Marawi siege, a 5-month long crisis that laid waste to an entire city and claimed hundreds of lives.

He apologized for beginning the day on such a somber note but said the Marawi conflict serves as a reminder to ASEAN and its partner countries.

“Your majesty, your excellencies, l apologize for setting the tone of my statement in such a manner but I only want to emphasize that our meetings in the next two days present an excellent opportunity for us to engage in meaningful discussions on matters of regional and international importance,” said Duterte.

Yesterday at business summit told participants: despite the government troops’ victory over Islamic State-inspired terrorists in Marawi City,  “nobody really won the war in the predominantly Muslim city” he stated. 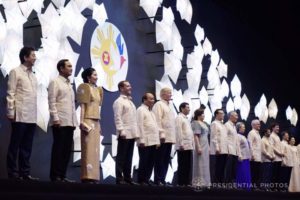 “Nobody won that war, not the government. We were able to kill many…  it does not promote peace in this world,” Duterte said in his speech during the Association of Southeast Asian Nations Business and Investment Summit.

The five-month long siege in Marawi ended last October 23, leaving over 1,000 people dead, mostly terrorists, and hundreds of thousands displaced. It also left the city, considered one of the centers of Islamic faith in Mindanao, in ruins.

The President said both sides “got nothing” from the siege, which erupted on May 23 as local terrorist groups Maute and Abu Sayyaf sought to establish an Islamic State stronghold in the region.

Islamist extremism is likely one of the key issues that regional leaders will discuss in the annual ASEAN Summit, chaired this year by Manila.